Indonesia’s Way Kambas National Park is home to the critically endangered Sumatran tiger, rhinoceros and elephant. Holly McDonald delves into the park’s offerings by foot and boat, encountering plenty of wildlife along the way.

A thunderous crash reverberates across the  Way Kanan River and we  can barely believe what we  see: a huge crocodile has scampered from out of the riverbank undergrowth  to splash into the water.  It disappears in a flash,  but concentric circles of ripples reach our small  boat confirming that, yes,  we really did just see that.

We’ve been puttering along the river, which winds its way through Way Kambas National Park in Indonesia’s Lampung province,  for half an hour or so. At around 130,000 hectares, the park was established as  a wildlife reserve by the Dutch in 1937. Though much of the area was logged through the 1950s and 1960s, in 1997 it was declared a national park and today a lot more than crocodiles can be found here. On our boat trip alone, with a park staff member, our guide Sugeng, in tow, we’ve spotted the brilliant blue of a soaring blue-eared kingfisher, a single silver langur, the bright red beak of a stork-billed kingfisher, the rear ends of startled barking deer, more silver langurs, two gold-ringed cat snakes coiled languorously into the branches of trees, a white-throated kingfisher and the carnivorous green pitcher plant. At one stage a single magnificent hornbill swoops over us, its distinctive horned bill on brilliant display. We hear a sudden splash ahead of us and  see a gang of long-tailed macaques plunging into the river, one by one, to swim across.

“They have to be quick – because there  are crocodiles!” says Sugeng. And we know he’s not just telling an exaggerated story for tourists. What we see is just a tiny sample of the fauna and flora found in Way Kambas, located at the southern tip of Sumatra island. The park, with around 40 per cent  of its primary forest remaining, provides  a sanctuary for several species of critically endangered animals, including the  Sumatran tiger, Sumatran rhinoceros  and Sumatran elephant. On a late afternoon, sun dipping prettily towards the horizon, we meet no less than 62 tamed elephants at the park’s Elephant Training Centre. These are mostly animals who have been tamed to give the wild elephant population in the park enough space to roam; the population is now considered stable, so none have been removed for several years. It’s late in the day, so the mahouts  (keepers) are bringing the elephants back  to a centralised area for the evening, with some taking a dip and enjoying a scrub  in a reservoir on the way. I’m introduced to Adi, a 20-year-old bull who came to the centre when he was seven years old. I climb up a rickety set of stairs to reach his back, sitting directly behind the mahout – no chairs are used here – and we’re off for a ramble through the surrounding scrub. Though Asian elephants are smaller than their African cousins, they are still very, very tall. I’m petrified. When we start moving,  I grasp the shoulders of the mahout as  there’s nothing else to grab. It takes a while to find a comfortable spot to sit – actually, I don’t think I found one at all in the hour or so Adi and I went for our walk – and then it’s a matter of letting yourself move to the rhythm of the pachyderm.

“Left, right, left, right,” the mahout croons  to me as we crunch through underbrush, spotting elegant cranes taking off, the homes of wild pigs dug into dry scrub, flying forest chickens and, again, a few spooked deer. It’s magical to get so up close and  personal with an elephant; we wade through the reservoir on our way back  to our starting point. Later, as we head for the park exit, we climb an observation tower and can see rows of cassava plants abutting the border of the national park, a strong visual representation of the collision between the habitat of people and elephants here. Elephants like  to live in relatively flat, low-lying habitats – pretty much exactly where farmers like  to plant crops. Guards set up along the perimeter of the park at certain times of  year try to stop wild elephant herds from stomping into their fields and tearing up their plants. It’s an uneasy truce that can easily break into battle. The porous park boundary means that when we ask to go on a nocturnal search for the googly-eyed slow lorises found in the park, Sugeng takes us for a wander around the Satwa Eco Lodge, where we are staying, located just a few hundred metres from  the park entrance. By the light of an almost full moon, we wander proper streets and past houses of the locals, who are mostly either farmers or working for the park, shining torches into the trees to see  what we can find. We spy a pair of shining eyes high up in  a tree – it’s a common civet curled into  a branch. “This is more elusive than  the slow loris!” Sugeng exclaims. Then David, the photographer, discovers  that leeches have infiltrated his rubber boots. Sugeng helps pull them off: “Look, they are tiger leeches!”

But this is one species David doesn’t  seem awfully interested in knowing  any more about. We have been granted a visit to the Sumatran Rhino Sanctuary, an area of  100 hectares set aside for five semi-wild Sumatran rhinoceros within the park’s boundaries. The sanctuary runs a breeding programme that resulted in the first Sumatran rhino calf ever to be born in captivity in Indonesia, in June 2012. The two-horned rhinoceros is a notoriously difficult animal to breed, and fewer than  100 Sumatran rhinos remain in the wild. We meet Bina, who is more than 30 years old and weighs more than 700kg, along with her keeper, Dede Nurdin, who has helped care for her since 1998, when  Bina arrived from a safari park in Java. The Sumatran rhinoceros is a solitary animal, so each one is given 10 hectares of its own to roam in. But when they are not being encouraged to breed out on their own, they are brought in daily to a pen for an hour or so by one of their two keepers, who find the beasts by looking for tracks  as well as snapped twigs and branches. While in their pens, the graceful, lumbering rhinos are given additional food – they eat up to 40kg of leaves each day, so would quickly exhaust the available supply if it  was not supplemented – as well as medical checks, they have a bath and a foot scrub, then head back to the semi-wild. Dede has two grown-up children, he tells  us while scrubbing down Bina’s rear feet. “But rhinos are a lot more work!” he quips. Bina munches on some watermelon and  a few carrots, before wandering back into her own little domain within the park. Watching one of the world’s last remaining rhinoceros walk off alone into a park that has faced many of its own struggles is somewhat poignant; here’s hoping they  will both be around for a long time to come.

We made an early morning foray into the park just to spot animals and were amazed at how clear-headed we felt while wandering amid the thick foliage of the park. Breathe deep and let the oxygen- heavy air work its magic – if you’re from  a big city, you won’t know what’s hit you. Then of course there are the scents of  the various plants in the park itself,  which conspire to create a natural aromatherapy session. Who needs a spa?

One of the most distinctive sounds you’ll hear in the park is the loud call of the siamang, a black-furred gibbon that likes to hang out high in the trees. The calls reach a peak mid-morning and you may see them shaking tree branches as well, which should help you catch a glimpse of them. Expect to year plenty of other bird and insect calls; a good guide should be able to identify them for you.

The Satwa Eco Lodge lies just a few hundred metres from the entrance to Way Kambas National Park and is the ideal place to base yourself while exploring the park. Just eight basic but clean and comfortable rooms are spread across four separate buildings set in a pretty tropical garden; the humming of insects and occasional animal call make it a serene and relaxing retreat. Spend  a few hours early in the day visiting the elephants or trekking in the park, then retire for a few hours’ rest in the heat  of the day – or hang out on a veranda reading – before venturing out again. 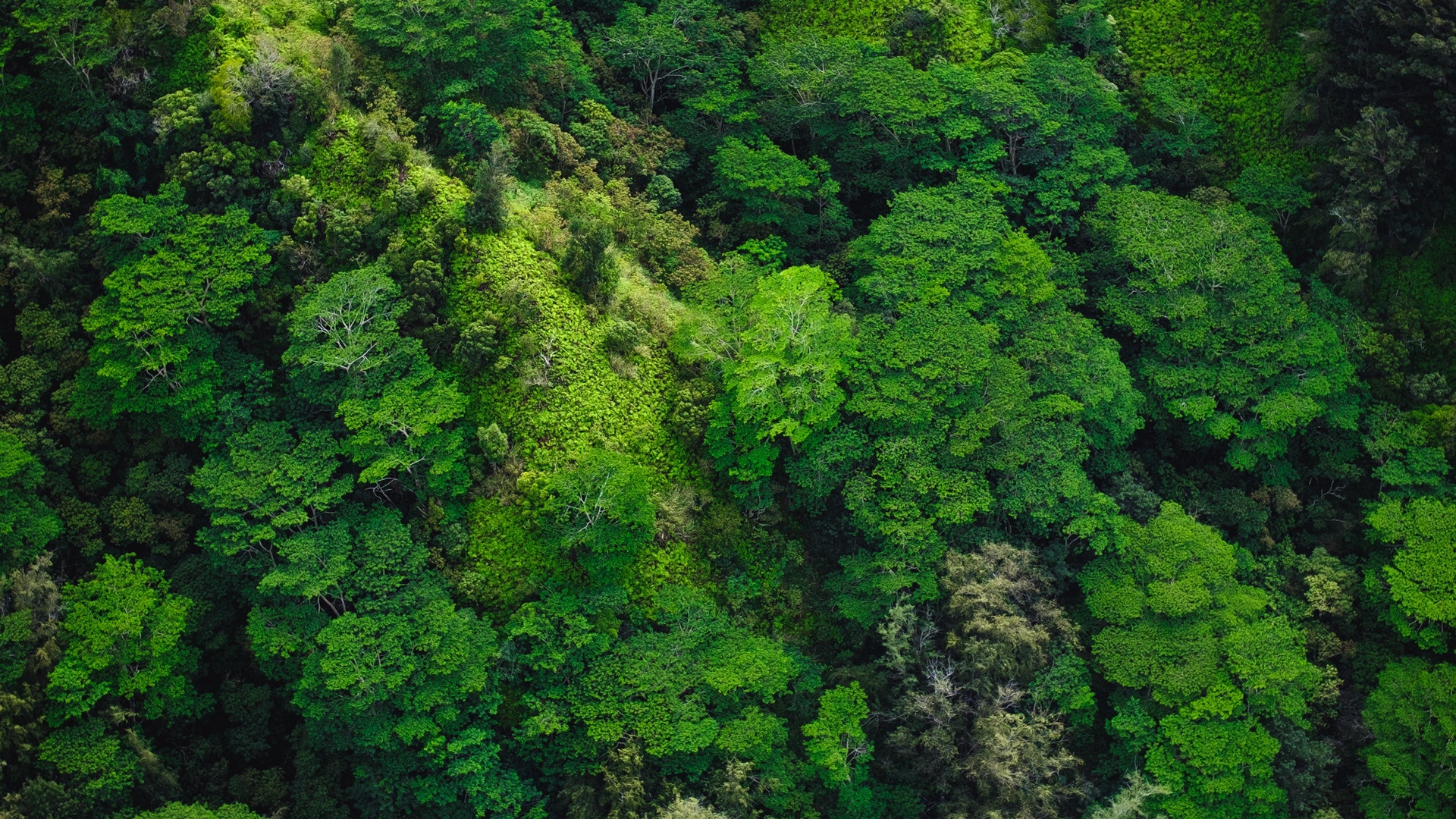